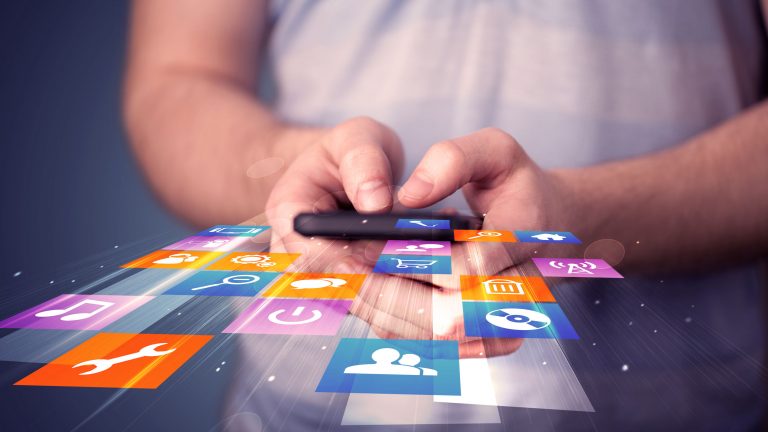 This is a guest post from Peggy Anne Salz, named a Top 30 Mobile Marketing Influencer, is the chief analyst and founder of MobileGroove. To feature on the appScatter blog, get in touch with the Marketing team.

The first wave of ASO was all about optimizing the laundry list of elements (keywords, icons, images, screenshots and descriptions) app companies had to get right in order to get users to their digital shelf space in the app stores. Fast forward, and the second wave of ASO is about architecting a complete app marketing funnel that raises awareness, builds brand and -ultimately – boosts both app installs and user engagement.

It’s why a rethink of ASO is underway as more app marketers grasp the hard truth that making incremental changes to app store elements and creatives is not enough. Companies serious about taking their apps to new heights (without increasing budget or headcount) recognize that ASO now stands for App Strategy Optimisation. The app store landing page is just one stop on the journey – but it’s still the one that can still make or break your app business.

This is where my recent ASO guide (App store optimization – a practitioner’s guide to ASO published by VB Insights) helps app marketers prioritise what they need to test and address as they seek to increase their organic audience and appeal. The companion VB webinar, where I was joined by Trey Stout, CTO and Co-founder, ScribbleChat and Handwriting.io, delved into key findings (based on a survey of 35+ ASO professionals, 475 app developers, 522 consumers and data from 13 vendors) and best practices app marketers should have top of mind.

What you can realistically expect from ASO

Why ASO? Because ASO drives organic installs, which we found comprise 70-80% of all installs. That counts for much more if we consider that organics are also the most valuable app installs, coming at a relatively low cost and driving a high pay-off in customer lifetime value, user engagement and lifecycle loyalty. Specifically, the average lift you can count on is an impressive 87% on average.

A review of the vendor data suggests organic download rates can more than double with a 120% lift after ASO implementation. The jury is out on the exact uplift, but we’re confident you should expect at least a 20% lift, and can realistically hope for much more.

But the best combination is ASO (to boost organic downloads of your app) and paid promotion. It’s what I call the “dynamic duo” that allows app companies to accelerate download velocity and increase app and brand recognition. Our respondents agreed. A full 85% of app marketers surveyed in the report said paid user acquisition efforts benefit their organic user acquisition programs.

In a marketplace where app store search is fatally flawed, app users are prone to delete apps that have lost their luster, and app branding is the “Next Big Thing,” app marketers must be smarter about how they acquire and engage users. Above all, they need to abandon the popular notion that ASO is a close cousin of CPI (cost per install). CPI is a vanity metric that you can play like a slot machine to pay low and win high. But success can be fleeting as you are likely attracting low-quality users to your app in the first place.

As I point out in the webinar: It’s not about acquiring users quickly and shutting on and off the channels you think are working best. It’s about developing an app store strategy to attract your target audience from the get-go, and then measure engagement at key points and events in the app journey to make the small adjustments that will make a big difference.

Your success is linked to how well you manage a sequence of content, copy, graphics and images that appeal to your target audience. Done effectively ASO consists of keywords (that you should optimize regularly), app screenshots (that you should update at least quarterly) and other components you should refresh as part of a wider strategy to supercharge your complete app marketing funnel.

App strategy optimization requires a holistic approach that puts proper emphasis on all the elements that define and drive the marketing funnel. But this can be a challenge as ASO evolves to consist of more “moving parts” —titles, descriptions, icons and screenshots. (Expect the list to grow in 2018 to include videos, above the line advertising and influencer marketing.)

During the webinar, Trey and I agreed on a shortlist of elements you can’t afford to ignore. These include app title, app description and killer screenshots. (Check out my ASO Master Class where professionals and practitioners share how you can optimize each.)

As the mechanics and components of ASO continue to blur, blend and change, app developers can count on one constant: the hard work required to bring real business value out of ASO. Factor in the fact that we are in a boom market (Pocketgamer counts 400+ apps coming online daily the Apple App Store alone and it’s clear conditions are coming together that create as many opportunities as they do challenges.

The work required to boost app visibility threatens to stretch app strategy optimization models (and budgets) to their limits. It’s why app companies are investing more in branding – a smart move since a recent study from TUNE shows branding influencers how users search for apps and why they look for them in the first place. (Significantly, many users (61%) who performed an app store search searched for a specific app by title instead of a more general term.)

App companies are also mapping out strategies that will allow them to reach new audiences in new markets – without having to make extensive or expensive changes to their apps. The buzzword is localization, and the goal is a wider distribution across the growing number of 3rd party app stores. In the webinar, I call both out as the trends that will shape the future of ASO in 2018 – and beyond.

Extend your reach and appeal

You have nothing to lose —and everything to gain — by localizing your app to be more aligned with local culture and preferences. Localisation starts with translating the language of the app and extends to translating all the other elements (keywords, description, icons, images, video, keywords, and even the name of the app) to be a tight fit with your target audience. Get it right, and you can take massively extend the reach and appeal of your app without spending a bundle. (We found localization lead to a whopping 10x increase in downloads.)

But don’t scatter your energy. Use the data to pinpoint countries where your app is taking off (based on the traffic volume your app keywords are getting on the local level) and then focus efforts on localising every aspect of the app to take advantage of that opportunity.

You follow much the same approach to identify the 3rd party app stores that are the best fit with your app, allowing you to bring your app to new markets and audiences. As a rule, review all the data you can pull together about the app store and its audience. Some will target specific regions (like China), and others will focus on audiences (like gamers). Once you’ve done your homework, the way is clear to publish your app (taking steps to localize the entire app experience to align with user preferences and culture).

The good news: establishing a presence in more stores can drive more downloads and encourage more audiences to interact with your app. The not-so-good-news: more stores mean more landing pages you need to manage and optimize, and more “moving parts” to balance as part of your app strategy optimization. But in both cases the right mix of talent and tools can make a massive difference, ensuring your app reaches the performance targets you set and the audiences you want to engage.

This article first appeared on AppScatter.