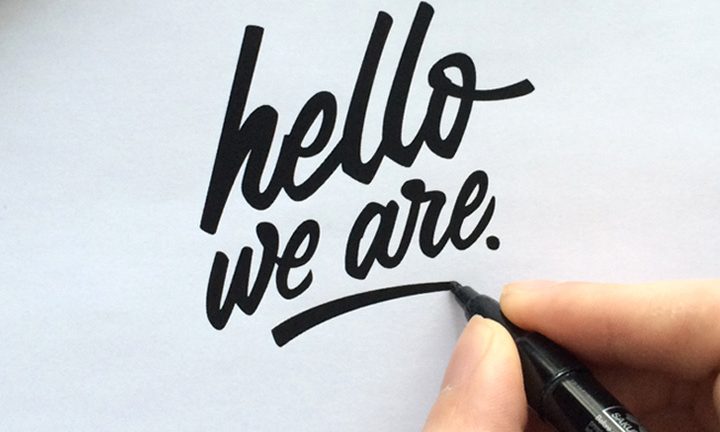 Users are searching for your app using keywords – but they are increasingly looking for your app because they know it by name. Having a strong app brand will get you noticed, and boost your paid campaigns. Simply put, brand building plays a central role in successful app discovery and sustainable user acquisition. The good news: app developers no longer need to be convinced that building a brand – and cultivating an engaged community of brand advocates to spread the word – is their number one priority. The not-so-good news: there is no one-size fits all and the channels you leverage will depend on the developer’s app marketing and UA objectives. To help you make the match I catch up with Natalie Griffith, owner and CEO of Press Space, who discusses a proven formula you can follow to promote your game – and brand — in a compelling and consistent way.

HOW SHOULD APP DEVELOPERS APPROACH SOCIAL MEDIA MARKETING AND ENGAGEMENT TO GET THE BEST RESULTS?

First, developers need to recognize that we are long past the days when you could leave social media until last. Waiting until a month before launch before you start building your brand and community around your game doesn’t cut it anymore – and, to be fair, it never did. PR and social media marketing is an ongoing journey and not something you bolt on at the end. That said, the path you take will be as individual as your app.

HOW SHOULD APP DEVELOPERS THEN GO ABOUT BUILDING THEIR FOLLOWERS AND THEIR BRAND ADVOCATES?

I’d like to start off with what you shouldn’t do. Don’t get caught up in the vanity versus the sanity of social media. It’s about quality and not quantity, so campaigns to build numbers – if that is *all* they end up doing – are not a smart use of your time or budget. It’s of no use to have 8 million followers on Twitter if only a few hundred truly care about – and share – your app. You want to focus your efforts on reaching players who genuinely care about your game. To do this you have to know who your audience is – and know what your goal is.

Fortunately, the skills needed here are much the same skills every good developer has from the start. A good developer will know what they want to achieve and make sure they create what counts. They know it’s all about evolution, iteration and planning – and they accept they have to fail fast and never give up. These are the skills that will make you a good developer and a great app marketer.

WHAT ARE SOME GUIDELINES YOU CAN OFFER TO HELP APP DEVELOPERS CHANNEL THEIR ENERGY AND INVESTMENTS INTO THE *RIGHT* SOCIAL MEDIA CHANNELS?

It starts with goals. You need to be clear about what you want to achieve, then you can plan. I have developed the social media funnel and mapped it to the more traditional sales funnel in order to help app developers leverage the right social media channels depending on the user actions they want to influence and trigger. 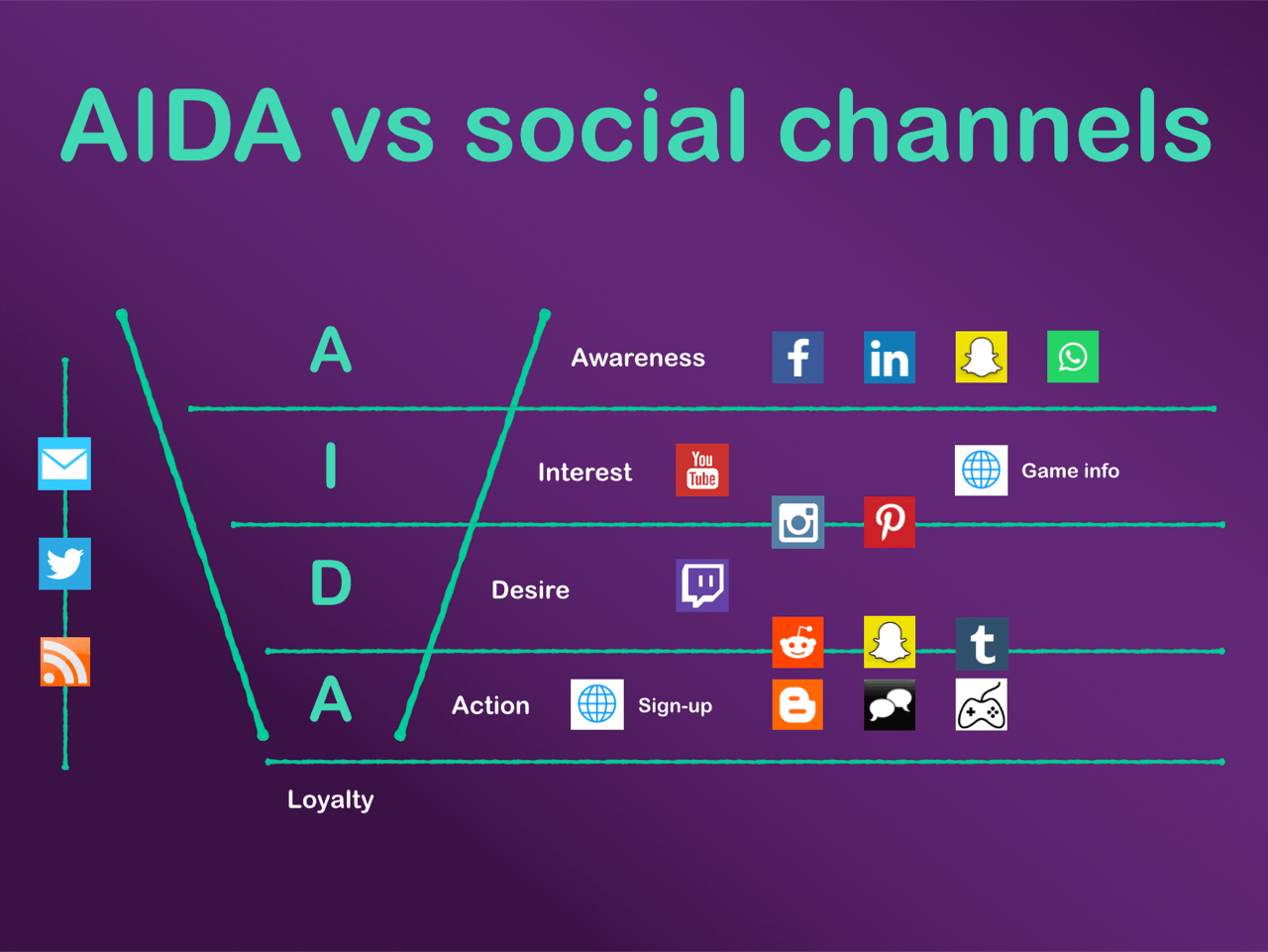 At a high level, brand awareness is about communicating about your game to a broad audience, which is why you want to use social media channels that offer reach – such as Facebook, LinkedIn or Snapchat. Of course, you need to use the networks your audience uses.

WALK ME THROUGH SOME OF THE TYPICAL STEPS AND CHANNELS I WANT TO USE IN ORDER TO REACH AND INFLUENCE PEOPLE TO PLAY MY GAME AND LOVE MY BRAND.

People go through a lot of steps – and exposure to a lot of channels – before they download a game. People might be curious about a game after seeing a conversation on Twitter, or it might get their attention after friends start liking and sharing it on Facebook. That’s why these channels are part of building Awareness. But this is not as general as it sounds. You still have to be very targeted on Facebook because otherwise – if you aren’t targeted or if you simply post too frequently – you can screw your organic reach. On Twitter – because tweets aren’t served based on an algorithm – you can be more flexible and creative. Your goal is going to be to get people to tweet and retweet – and inviting people to enter a competition, for example, is a great way to get them involved.

After this comes Interest, the stage where people who have heard about the game on Facebook or Twitter really want to understand what everyone is talking about. They research it, and they search for videos on YouTube – or YouTube influencers – that go deeper into the gameplay. Some potential players might also go to the official games website, which is why you want to be sure to have one.

Now that they have information, they can make an informed decision about whether they want to go deeper. At this stage it’s about Desire and wanting to experience more about the game – and that’s when people will view and value posts on games blogs, broadcasts on Twitch, or comments and threads on Reddit. Finally, it comes down to Action. After everything they’ve seen and read on other channels, people decide that this is the game for them. They go to the sign-up page or the download page to get the game – and they begin engaging with the app.

YOU SAID IT YOURSELF: EVERYTHING THEY SEE AND HEAR ABOUT YOUR GAME – AND YOUR BRAND – HAS TO TELL A COMPELLING STORY…

Absolutely. These aren’t channels you can approach in isolation. What you show, share and say has to be joined up and consistent. People are bombarded with new brand identities and you have to be loud, but you also have to repeat the same message until it gets into the consciousness of your audience. If your audience sees one message on Facebook and another on, say, Instagram, and can’t make the connection and see it is the same game and the same company behind it, then you have lost the battle.

HOW DOES THE MIX OF CHANNELS DIFFER FOR DIFFERENT GAME GENRES?

In the case of one client of mine, who were developing a large scale creative MMO, the goal was to talk to a lot of players and show them what they can build and do in the game. I advised the developers to use channels that would allow them to engage and encourage players to get involved. More importantly, we wanted to showcase user-generated content and let players help tell the story so video played a central role in marketing and UA. For a casual, farming and building type of game for another client, where users dip in and out in short bursts, I found a completely different approach worked. There the goal was to support paid social user acquisition and Facebook proved to be the best fit.

SOCIAL MEDIA IS CLEARLY THE PATH TO FOLLOW IN A JOURNEY THAT APP DEVELOPERS MUST START ON DAY ONE OF THEIR APP. HOW MUCH SHOULD THEY EXPECT TO INVEST?

It’s a tough one. A rule of thumb is to expect to spend 10-20% of your development budget on marketing your app, often much more in some cases. But the total you need to invest will depend on the scale you want to achieve and the overall goals you have for your app business. Whether app developers outsource the task, or try to tackle it in-house, they need to understand and include the cost of engaging people through social channels into their wider strategy around how they plan and finance growth. Overall, I think anyone who allocates less to marketing, branding and promotion is doing themselves – and their business – a disservice.

Natalie Griffith has been in the games industry for 27 years and spent the last 17 in PR, marketing and branding. She started Press Space in early 2013 to provide promotional and branding support, training and mentoring for indie developers and technology startups. 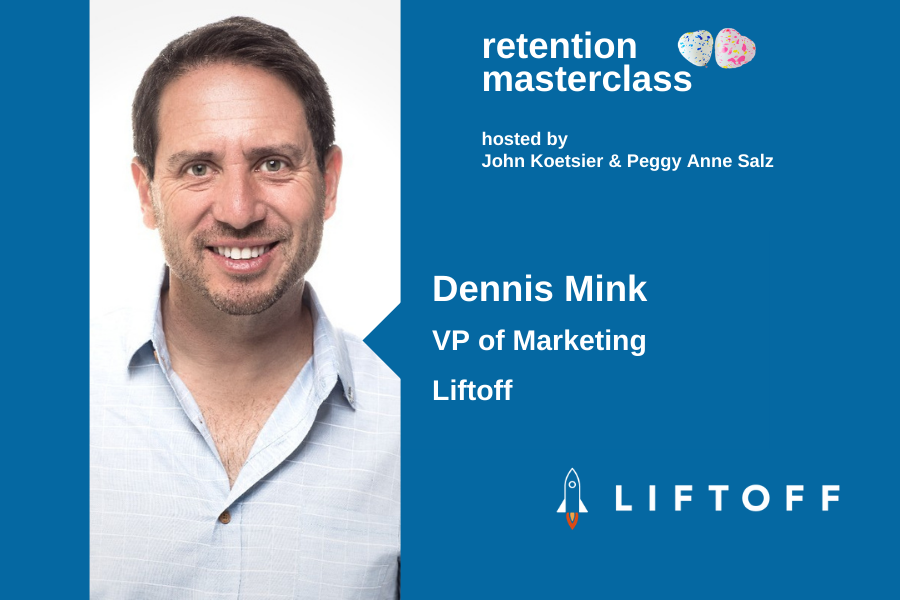