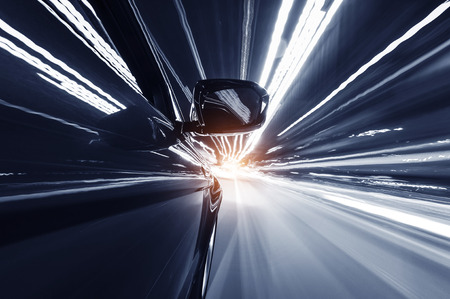 From marketing and advertising, to media and business, the impact of the always-connected, socially networked Digital Native on our society is profound. Michelle Manafy draws from her book Dancing With Digital Natives and personal observations to argue why the rise of Millennials forces a massive rethink of all systems based on command-and-control. Timed to this must-read BBC series on the Future of Work the key message in Michelle’s work comes through loud and clear: The future model for everything (including work) is coordinate-and-cultivate. In this first column Michelle connects the dots in key data points to provide organizations advice on how they can motivate Millennials to deliver their best.

Businesses need to stay in step with Digital Natives. Yet it can be a struggle to choreograph an elegant dance when Millennials don’t lead or follow in the “traditional” way.

A poll of American workers, conducted by Workplace Options, shows a shared sentiment across age groups that Millennials have a lackadaisical attitude toward workplace responsibility. Sixty-eight percent of respondents feel that Millennials are less motivated to take on responsibility and produce quality work.

Interestingly, among the Millennial respondents themselves, 59 percent agreed they have a different attitude toward workplace responsibility than their peers and more than half acknowledged that workers of their generation are generally less motivated to take on more responsibility.

But is this observation on the mark?  Not if we consider that it’s our definition of work (and its value) that could be out of sync with the reality of what work has become. In his post Leading the “Lazy” Generation Ty Kissel makes some excellent counter points to the perception that young people entering the workforce today are unilaterally lazy. In Kissel’s view, “it’s easy for us grey-hairs to misinterpret their desire to avoid what they consider ‘busy work’ as being lazy, but I’m convinced this is not the case.”

He attributes this, in part, to the fact that this is a generation taught not to accept everything they are told simply because it comes from someone in authority. He also points out how highly collaborative this generation is.

Certainly, a generation reared in crowdsourced, socially networked environments will have a much flatter view of corporate culture than those steeped in hierarchies and corporate ladder climbing.

This not only affects their relationship with authority figures, which they will freely question. It also impacts the ways in which they will be motivated to achieve. So while some employers might write younger workers off as “lazy” because they aren’t living for a paycheck, effective managers will tap into what does motivate them to get the most out of them as employees and to take advantage of what their open, crowdsourcing mentality can offer organizations.

Millennials are anytime, anyplace workers. However the fact that they aren’t at their desks 9-5 could easily be misconstrued by more traditional supervisors. Yet flexibility is key not only to attracting and retaining younger workers, but to getting the most out of them.

While workers of all ages increasingly seek workplace flexibility, the 18-34 age group is up to three times more likely than older workers to give up more than 10 percent of their salary for more flexibility at work according to a Harris Interactive survey undertaken on behalf of Mom Corps.

Connect them to connect with them

Organizations that recognize and accept the time-shifted nature of younger workers will certainly do better in retaining them. Beyond that, those that enable and empower this tendency through cloud based collaboration environments, for example, will also get much more out of them in terms of productivity – any place and any time inspiration strikes.

Certainly, the socially-mediated, open, collaborative work style of this generation will make some managers uncomfortable, particularly those who’ve put in hard years climbing the rungs of the corporate ladder the old fashioned way.

Interestingly, though, another thing younger workers seek out in their work and esteem even more than money is mentorship.

According to PricewaterhouseCoopers’ 14th Annual Global CEO Survey , 98 percent of Millennials believe that working with a mentor is a necessary component in their professional development. In fact, they rank training and development three times higher than cash bonuses as their first choice in benefits.

So while this may not be a generation willing to blindly follow a boss’ lead in pursuit of a paycheck, this is certainly one that values wise leadership. And if they are empowered to engage collaboratively by enlightened managers, a mutual mentorship may unfold that will enable both to better achieve.