Apple, Google and Nokia and Blackberry are bent on embedding contactless payment technology (NFC) into their devices, thus making it possible for consumers to buy goods and services in physical shops and locations.

Each OEM is at a different stage on their experimentation with this technology. Nokia already offers several devices that support NFC; Apple is going ahead with its own NFC initiative; Google claims it will support mobile payments (via NFC) in the near future; and Blackberry has said it will support NFC in devices going forward.

At the other end of the spectrum, three of these major vendors have also indicated they want to pursue direct and in-app billing for their app stores, a strategy that will clearly grow mobile operators’ share of revenue pie.

Connect the dots, and we have a tension between two business models at opposite ends of the spectrum: NFC devices and strategies that threaten to cut mobile operators out of ticketing and mobile commerce transactions and mobile operator billing schemes for app stores that put operators back in the center of the action.

How should operators respond to the threat of NFC — and also grasp the massive opportunity around app stores?

I identify five actions mobile operators should take now (before contactless payments via NFC take hold in the marketplace).

Top of the list: mobile operators assert themselves in the growing and expanding commerce market segments now by positioning themselves as the payments gateway for any developer or merchant that wants to sell to their subscriber base. They should also experiment with mobile wallets and even take a leadership role in accelerating contactless payments to stay relevant and create new revenue streams.

Read the rest of my recommendations over at the Amdocs Interactive blog. 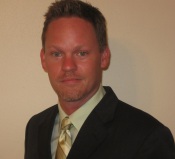 Matt Anderson is Head of product marketing for Amdocs Interactive, a distinct business within Amdocs focused on Value Added Services, which is the world’s leading provider of digital commerce, Mobile Internet and personalization solutions. Matt has over 13 years experience bringing products to market in the telecommunications industry. Prior to joining Amdocs in 2008, he directed marketing for Nuance’s mobile business unit, focused on market development of speech activation applications in the mobile, navigation and automotive industries. Previously he launched the next generation of T9 at AOL Wireless and was responsible for managing mobile VAS offers at AT&T. Matt also founded a start-up in the telematics business and managed marketing and sales for one of the first wireless data networking companies. Matt has an MBA from the University of Washington. You can follow Matt on Twitter (@matt6156).

Disclaimer: Amdocs Interactive is an MSG client and supporter.

How To Meet Your Customers’ Unmet Needs For Conversational Messaging

Why The Most Successful Marketing Isn’t Logical, So Learn To Channel Irrational Thought