Why are so many mobile developers so blind to the Boomer opportunity? Is it because they believe that Boomers — people born from 1946-1964 — are so far behind the times that they cannot possibly appreciate ‘shiny shiny’ apps let alone invest in the smartphones to deliver the experience? Suzie Mitchell ‘knows’ Boomers and shows why mobile developers need to rethink their attitudes (and marketing) to reach this huge, untapped and affluent market — and drives her point home with a great infographic.

Why are mobile developers leaving money on the table and failing to make an effort to connect with the 78 million people in the U.S. alone who can be classified as Boomers? Well, it can’t be because the numbers don’t add up.

Boomers are a BIG group with a lot of buying power to match. They control 77 percent (!) of the nation’s wealth, and they buy 45 percent of all consumer goods. In fact, Boomers spent a whopping $2.5 trillion in 2010 alone. And, since we are all getting older, this is a market that shows no signs of slowing. There will be an additional 53+ million people over 50 in the next 20 years.

And forget the stereotype that Boomers are luddites when it comes to mobile technology. The Pew Internet Project reveals that 80 percent of Boomers are online and 46 percent of them own smartphones.  They spend 15 hours per week online doing research, emailing, shopping, reading and socializing about their hobbies like gardening and travel.

So why aren’t mobile developers jumping at the opportunity to connect with this underserved customer segment and deliver apps they will genuinely appreciate?

It’s a tough question and one that was hotly debated at the recent Silicon Valley Boomer Venture Summit. The event, which I also attended, brings together entrepreneurs and venture capitalists to share insights and discuss the tremendous window of opportunity for growth and profits Boomers represent, even in a challenging economic climate.

The entrepreneurs attending the conference thoroughly understood the importance of meeting the online needs of the Boomer generation.  During the event they shared examples of how technology and mobile is coming together to power healthcare and caregiving services and applications targeted squarely at this wealthy group.

So, why do so many app developers tag Boomers as laggards in technology when the facts show the exact opposite? Boomers are actually among the early adopters of technology, and their immense wallets demands respect from the same the Millennials who develop and market websites and apps.

Conventional wisdom among these developers seems to dictate that early adopters — as a rule — are young. Wrong! Early adoption is a behavioral characteristic. It has nothing to do with age.

So, while youth has been a convenient demographic proxy, it’s a poor one.

Put another way, age and early adoption are independent.  What’s more, plenty of Boomers would jump at the chance to try new technology — if developers would only let them. But when an app is purposely designed from ground up to appeal to the ‘young’ early adopter, it effectively limits the ability of the Boomer early adopters to participate.

More importantly, it also limits the size of the market developers can address with their apps. 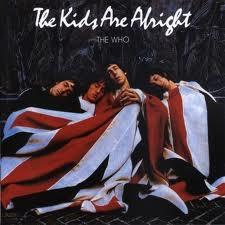 Boomers have a unique historical perspective about technology. They were in their early teens when the first IBM PCs and Apple computers appeared. They grew up empowered by this technology,  an experience that made them the first real early adopters of that era.

But Boomers also lived much of their lives before the Internet became the way we connect with communities, content, advertising and all things digital.

Boomers recall a time before mobile when telephones had wires. They watched TV delivered by a handful of network broadcasting stations, not Hulu. And when their friends moved to another state they lost touch; there was no way to connect via Skype.

We should also remember that Boomers’ ideals were developed during the Vietnam War years, an era when human rights and individual freedoms were primary concerns.  Their concerns about privacy and security continue to impact their attitude about technology today. According to a 2009 study conducted by AARP and Microsoft, 67 percent of people ages 18-24 said they were concerned about online privacy.  The number increased to 86 percent for people 55 and older.

Connect the dots, and Boomers want technology to fit into their lives and meet their values. But they also expect technology to adapt to them — not the other way around.

How to reach Boomers

So if app developers are serious about getting a share of the Boomers’ $2.5 trillion wallets, here is some helpful advice.

If you follow these simple steps, you are destined to delight Boomer users.  Boomers naturally think of themselves as young and cool — after all, their ranks include dozens of pop icons ranging from Mick Jagger to Madonna. So stop thinking in stereotypes and make an effort to address this demographic. Remember Boomers want to stay relevant, and this also means having the latest tech toys and equipment.  Developers who make the effort to understand Boomers will open their hearts — and their wallets.

Suzie Mitchell (@suziemitchell) is president of a nationally (U.S) recognized marketing research, public relations and public affairs firm Mitchell Research & Communications, Inc. Her personal passion is mobile apps—primarily focused on health and wellness.  She is committed to bringing tech understanding to Baby Boomers.  She recently formed a new division of the company MitchellPR, which is dedicated to helping technology companies understand the needs of Boomers.  She is the author of the BoomerTech blog and of a weekly blog for AARP called App of the Week.  She is co-author of the book, Growing Into Grace: Adventures in Self Discovery through Writing, which assists women in find peace with their lives as they age.