Snapchat, Whisper, Secret, YikYak, Truth, Confide and 20 Day Stranger: These anonymous mobile-only, messaging-based social networks cannot be ignored. But how should marketers use them to connect with customers on mobile, and what are the ‘new rules of engagement’?

Trend-watcher, ‘cool hunter’ and social-savvy global marketing executive Ken Herron uses his guest appearance on Mobile Presence to provide us with a crash course on these exciting new apps. Mixing fun facts with actionable insights for both B2C and B2B brands, Ken outlines the key points about each MOMBA (Mobile-Only, Messaging-Based, Anonymous) network and its current audience.

Here’s what you need to know to connect with this audience of ‘born-mobile’ Digital Natives and super-influential mobile early adopters.

Snapchat is now the top third-party messaging app in North America by volume, beating out rivals including WhatsApp (recent Facebook acquisition) and Slingshot (recent Facebook app). In May 2014, 700 million (!) photos per day (massively more than Facebook) were sent on Snapchat. As a result, this ‘default delete’ app, known for its ‘vanishing after viewing’ messages (as well as photos and videos) has transformed user behavior. One less savory outcome is the rise of ‘sexting’, sending sexually explicit photographs or messages via mobile phones (increasingly common among younger teens).

“All my friends are on it!”

Treat Snapchat as a form of paid advertising (in addition — or as a complement — to your other paid and social mobile content). As Snapchat is the only MOMBA that isn’t anonymous, use it capture audience attention and generate buzz. This ‘self-destructing’ content has an undeniable ‘cool factor’ (even though apps exist that will reverse this process), and consumers pay more attention to content that is ‘only available for a limited period of time’.

What is Whisper? In a word: dramatic. Users of this app are a growing global/local community who are brutally honest and straightforward in how they (anonymously) broadcast their emotion-packed secrets and express their views on their daily lives. Content is often raw, vivid and emotional — and some posts are outright fake! You might not have heard of it yet, but Whisper nonetheless counts a whopping 6 billion and counting message views – or “Whispers” – a month.

Company execs boast Whisper is “not accessible to people who are over the age of 22.”

Think mobile catharsis and Schadenfreude (damage + joy — German for the odd pleasure some get from seeing/hearing/knowing the problems of others). The typical user is a fan of this network because it provides them with a safe place to share their most painful secrets. Also, seeing other people’s secrets makes many people feel better about their own.

Find tasteful, respective, and brand-appropriate ways to leverage the power of this community and tap into its extreme emotion and passion. Show you care and get involved ­— don’t be shy and do be creative. Borrow a page from detergent maker Tide and send a truck with your brand (and your story) to provide free services into an area hit by wildfires, for example. Build an appropriate association between your brand and the events (civil unrest, natural disasters, mass violence) this community of app users has at the top of its collective radar.

The name says it all. Secret is the app for sharing juicy secrets, including “insider” industry happenings and gossip. But don’t dismiss the content posted and shared here as trivial. Increasingly, product secrets are being leaked out via Secret — and there’s nothing anyone can do to prevent it. A prime example is the news that Vic Gundotra was leaving Google+. His departure was big news that ‘broke’ first on Secret.

In view of the scoops shared on Secret, the app is a favorite with Silicon Valley and the media.

To be in the know (and to share) what’s happening behind the scenes in the ‘Valley’, and the tech industry at large.

Don’t underestimate the value of engaging with influencers and people ‘in-the-know’. Use it to reach a highly-engaged audience of early adopter, tech-savvy, Silicon Valley types.

This is another app that lets people share gossip. But it’s not just about sharing juicy scoops and insider gossip about their industry. This is also a network that’s known, sadly, as a place for cyberbullying — a reputation the app company is trying hard to shake. To this end (and using geofencing) YikYak has blocked use of the app on 85% of American middle and high school campuses. (By way of background, the app allows for the anonymous broadcasting of messages within a 1.5 mile radius of the person posting the message, and messages can spread further depending on whether users up-vote or down-vote the content.)

Primarily used by middle, high school, and college students, this app is a favorite for users who want to share a kind of ‘live stream-of-conscious feed’, chronicling school life (where the dark side is cyberbullying – and grammar use that will make adults weep).

It’s simple. Some users are bored, some want attention, while others simply want to be where everyone else is online. No one wants to – or dares to – miss out on the action here.

How can/should marketers use it

Tread cautiously! Make sure the products and services you discuss here target local students. Research the audience segment carefully first to ensure they already think positively towards your brand and your business before you start targeting — otherwise your efforts could backfire.

This new network hails itself as the “first one-to-one, anonymous, peer-to-peer messaging app.” In practice, it allows users to anonymously message your iPhone contacts (after you give the app access to your contacts, of course). Interaction centers on flirts and criticisms ­— although some of the criticism has been known to get ‘nasty’.

It can be incredibly popular with high school- and college-age students, as well as young employees (Millennials).

Users say they see it as a great way “to tell someone you know ‘I like you.'” They also use it to trade feelings and feedback about their workplace anonymously. (Think of it as the YikYak for work.)

Truth is new enough that brand rules for effective engagement are still developing. Overall, it’s safe to say that local businesses can give it a try to communicate deals and specials (in an attention-getting way) with customers who have already signed up for their loyalty program or affinity/customer retention scheme.

This app has been referred to as ‘Snapchat for professionals’. Quite simply — there is nothing cooler than ‘revealing’ a secret message with your finger that ‘dissolves’ after you’ve read it. This is important since users have to touch the message to read it — so their attention is riveted on the message (and the brand behind it). After touching and reading, the confidential messages ‘self-destruct’.

Business people not wanting their information to be shared, ever, and anyone (your eight-year old nephew for example) who thinks it’s just über-cool.

People use Confide, when they want don’t want their information to be shared, and/or want to clearly communicate the confidential nature of their messages. Their use of this particular app sends a clear message: This information is important/I am very important/don’t even think of sharing this.

This app is also new, and being an early user of it will gain a lot of attention from its sheer novelty. Also: engage here to build up your brand’s cool factor.

This app was created as a joint effort by the MIT Media Lab, the Dalai Lama Center for Ethics and Transformative Values, Foursquare, Google, and Instagram. It allows 20-day, one-to-one anonymous lifecasting ­— allowing users to share their life with a stranger in another country for 20 days.

People around the world, who want to share their daily life, and see what life is like in different countries.

Registrants [as of press time, the app had not yet been officially released] are early adopters who crave new experiences.

How marketers should use it

Be brave. Think of it as a great virtual space where you can create content (or communicate your brand messaging) and get some feedback — as well as media coverage as one of the first brands to navigate this very new type of app. 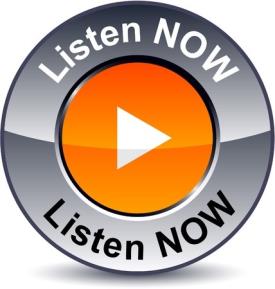 Leave it to Ken Herron (@KenHerron) — ‘THE MAN’ when it comes to social media marketing — to bring this new breed of social messaging apps (and their communities) to our attention. And not a moment too soon, since these apps are gaining some serious traction. No, they’re not mainstream — yet. But a good marketer always has their eye on the prize: engaging with customers at every possible opportunity on every possible channel/app. BTW: If you want more on the mainstream networks (Facebook, Instagram, LinkedIn, Pinterest, SlideShare, Twitter, YouTube, Google+ and Vine), then check out his earlier show here.

Every week Mobile Presence, which I co-host with Shahab Zagari, brings you the people and the companies that matter most in mobile. Episodes air Wednesdays at 20.00 GMT / 15:00 EST / 12 noon PST, and are archived on the WebmasterRadio.FM website. The podcasts are also distributed via iTunes, Stitcher, TuneIn and Zune Marketplace, as well as the WMR mobile app for iPhone and Android. WMR has also sealed a syndication deal with iHeartRadio, a popular talk radio platform that counts 7 million active daily users.