Is personalization essential to unlocking mobile marketing profits? A recent report from Accenture -- titled The Brave New World Of Mobile Commerce and based on a survey conducted by Lightspeed Research -- sheds new light on global mobile advertising attitudes. 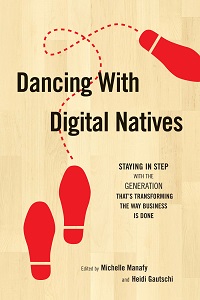 Dancing with Digital Natives: Staying in Step with the Generation That’s Transforming the Way Business (2011)

Honored as a "Award-Winning Finalist in the General Business category of The USA "Best Books 2011" Awards, this stellar assemblage of experts from business and academia provides vital insights into the characteristics of how digital natives work, shop, play, and learn. I contribute the chapter on marketing and advertising, showing how brands and businesses must connect and communicate with this always-on, socially networked generation. This resource, edited by Michelle Manafy and Heidi Gautschi, offers practical advice geared to help managers, marketers, coworkers, and educators maximize their interactions and create environments where everyone wins. 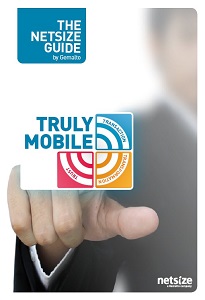 Aptly titled Truly Mobile, The Netsize Guide by Gemalto, underlines three key themes that characterize the state of mobile today and its future. These are Transaction (how we’ve come to rely on mobile devices for commerce from researching products to making purchases); Transformation (how mobile devices are increasingly driving content, communications, and connectivity); and Trust (how we require — and will soon demand — simple, transparent services and devices we can trust). It draws from interviews I conducted with over a dozen senior executives from companies across the business ecosystem including ARM, Atlas Premium Brands, BNP Paribas, CMO Council, The Coca-Cola Company, Gameloft, GlobalPlatform, Informa Telecoms & Media, Millennial Media, SingTel, Texas Instruments, Trusted Logic, Yahoo!, and others.

Heightened activity and interest in mobile retail (spurred on by holiday shopping and the rapid uptake of price comparison services and apps), has paved the way for a variety of new and immersive mobile experiences that insert marketing messages and campaigns into our daily shopping routines. From mobile codes (specifically, barcodes) to mobile coupons, companies are enlarging their arsenal of capabilities to capture our attention while we shop.

However, only a handful of companies are prepared to compete where it really counts: at the point of inspiration, otherwise known as the retail shelf.

From alerts about course materials and exams to invitations to join mobile forums and continue class discussions, mobile is front of mind with an increasing number of institutions and educators.

BTW: A great way to keep up with this exciting progress is simply to follow #mlearncon (as I do) on Twitter. That's where the discussion that began around the awesome conference (of the same name) organized by eLearning Guild continues.

How can mobile operators cash in on the huge opportunities in the Indian mobile market? There is no silver-bullet solution. However, a more flexible approach to revenue share agreements would jumpstart services innovation and -- ultimately - benefit mobile operators (and everyone else in the value chain).

To drive this point home I recount observations from my most recent trip to India. I also summarize a raft of recent reports from leading analysts that describe (and quantify) the market for value-added services (VAS). Gartner, for example, predicts that the VAS market, including data, will grow from $3+ billion in 2010 (or 15 percent of the total mobile revenues) to $5+ billion in 2014 (or 21 percent).

We conclude our series of five innovators in mobile Augmented Reality (AR) with Jay Wright, Qualcomm Director, Business Development. In this capacity Jay is responsible for developing and driving Qualcomm's Augmented Reality (AR) commercialization strategy. Specifically, he manages Qualcomm's partnerships with innovators in industry and academia, and leads Qualcomm's efforts to enable AR within the mobile ecosystem.

As we move into Part 4 of our Five From Five mobile predictions from industry innovators in mobile Augmented Reality (AR), we reach out to Mobilizy, a pioneer in the space sharply focused on the development of location-based services and AR experiences for smartphones.

By way of background, Mobilizy -- the company behind the world-first Wikitude World mobile AR browser -- recently launched an app that is a leap ahead of other turn-by-turn navigation systems. Wikitude Drive (available in Austria, Germany and Switzerland) is a fully functional mobile AR navigation system with global coverage that uses AR and the smartphone camera view to offer the driver navigation instructions.

Conversational Advertising is the agreed messaging-based communication between people and the brands they want to hear from. It's also the title of a report from mobileSquared, a U.K.-based firm with a sharp (and unique) focus on in mobile engagement research.

It's good to note the new term ("Conversational Advertising") because its a marketing approach that will grow importance in 2011, driven by people's desire to control their personal data and the aim of brands and agencies to establish an on-going dialogue with consumers and brand advocates.

Robert Rice -- author, serial entrepreneur, futurist and mobile Augmented Reality (AR) expert/enthusiast -- is the second in our series of five innovators stepping up to offer predictions for 2011.

Robert is also the CEO of Neogence Enterprises, the company behind Mirascape, a location-based mobile platform that connects people, places, and things. The company is low-key but Robert's Skype profile gives us a glimpse of how disruptive he intends to be. It reads: "Mobile Augmented Reality. I'm going to change the world :)" I greatly look forward to following developments at Robert's company -- and I'm certain the impact will be seismic.

Today we step up our coverage of the mobile code space with Laura Marriott, the acting CEO of NeoMedia Technologies. You may recall Laura's take on barcode trends and her list of 2011 industry predictions, which we published here in late December as part of the popular and viral Five From Five series showcasing the top five mobile code predictions from five of the leading barcode companies.

I caught up with Laura to discuss her view of the market (she predicts exponential growth of mobile codes and some agreement around methodology and standards) and get the inside track on progress with recent partnerships (including an update on the the tie-up with Buongiorno).

A year ago this month the world witnessed a massive earthquake shook Haiti, and the citizens of the world, to their core. The extent of the damage following the disaster on January 12, 2010, quickly reached cataclysmic proportions. An estimated three million people were affected by the quake. The Haitian government also reported 230 thousand people died, 300 thousand were injured and 1 million were made homeless.

The earthquake also triggered a global response and a mobile awakening, moving mobile giving -- using our mobile phones to make donations to causes such as earthquake relief -- to the top of our minds and to the fore of the mobile industry agenda. 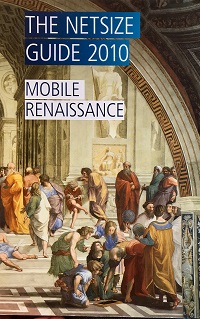 The Netsize Guide, that I write in partnership with Netsize (now a Gemalto company), is a comprehensive annual industry report, documenting the state of the global mobile content and services market. This year I focus on the case studies, business models and future scenarios that illustrate the profound impact mobile is having on all aspects of our daily lives and our global society. From new services aimed at achieving socioeconomic development goals in emerging markets, to the advance of smartphone features that support Augmented Reality applications that merge the physical and digital worlds around us, to the advance of mobile into new vertical industry sectors and disciplines, I show how mobile is moving us a giant step closer to a new Renaissance. 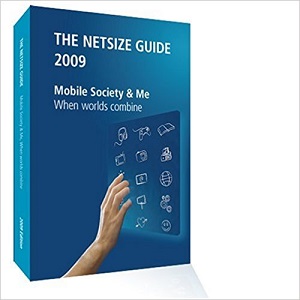 The Netsize Guide, that I write in partnership with Netsize (now a Gemalto company), is a comprehensive annual industry report, documenting the state of the global mobile content and services market. This year I explore the role of mobile in society and examine how companies are beginning to harness mobile and key features such as GPS, a built-in payment, and device capabilities to collect and transmit real-time data about what we browse and buy to create a new state of hyper-connectedness. The Netsize Guide features 34 interviews with industry senior executives at leading companies including Blyk, Coca-Cola, Facebook, Fox Mobile Group, Greystripe, MCN, Nokia, Sony BMG, YouTube, and Zed, to name a few.