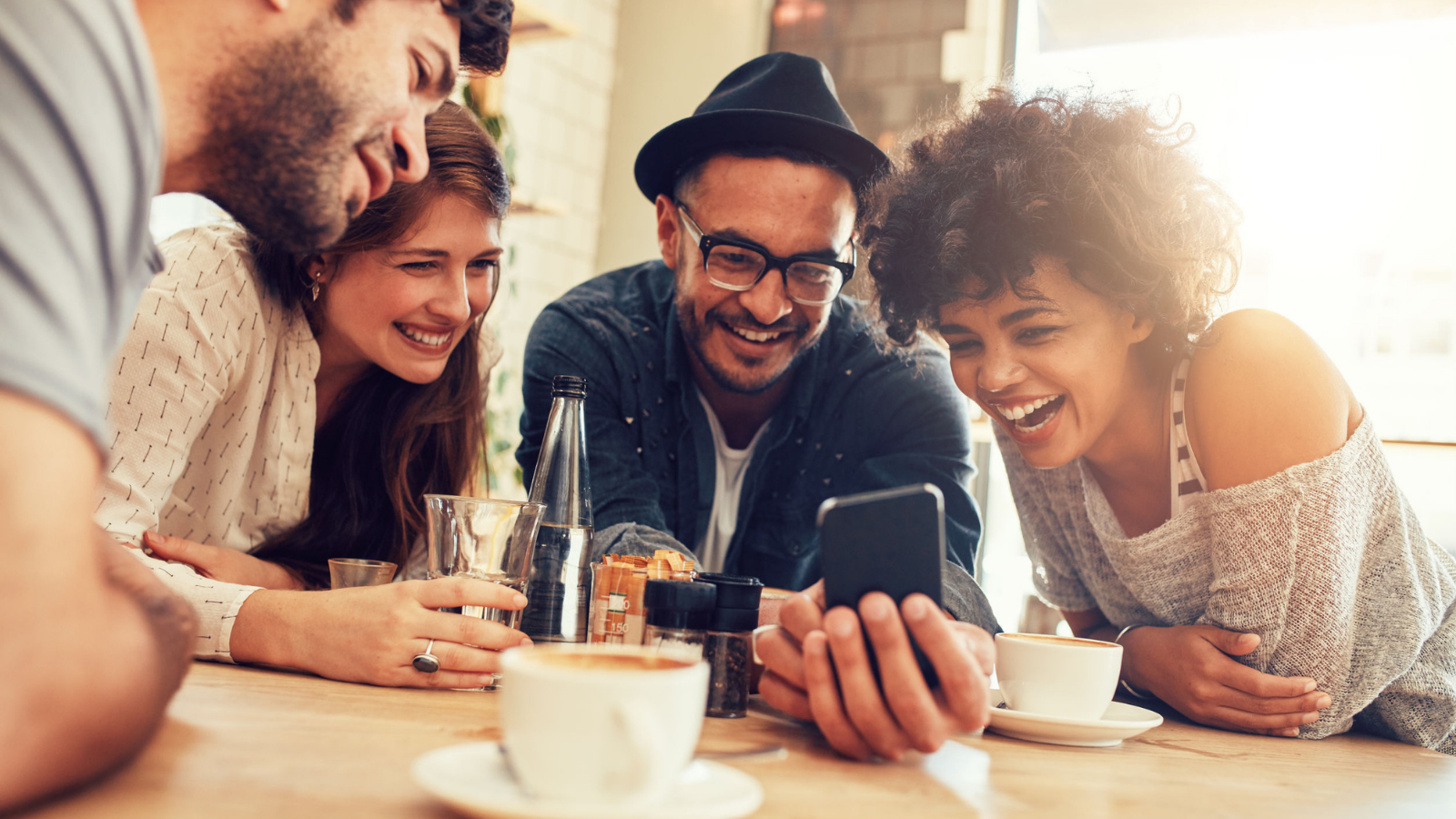 While app installs are showing signs of a slowdown, the latest data reveals time spent in-app is rising into the stratosphere and set to eclipse TV in 2019. Audiences are clearly addicted to using the apps they love, which would suggest they are also easier to monetize with established models such as advertising. But, in reality, the opposite is true.

Studies show users are increasingly bored by the ads delivered to their smartphones and increasingly annoyed by ads that are irrelevant or keep them from doing what they set out to do in the first place. Unfortunately, bad ad experiences don’t only alienate and frustrate users; they also deprive app owners and marketers of an important chance to monetize their assets and audiences.

It’s a dynamic that threatens to bankrupt the entire digital ecosystem, forcing companies to rethink app advertising. Some are doubling down on ad creatives, such as mobile video ads and rewarded video, to monetize their app. But there’s a catch. While rewarded video can increase session lengths and boost retention, it’s a performance gain that comes at a price since producing effective video isn’t always cheap.

The answer in 2019 isn’t just to harness new ad formats. App companies will need to explore alternative approaches that build on user engagement to unlock new revenue streams. Here’s a list of three ways app companies can tap into user activity to monetize audiences at scale.

App use can decline over time, turning up the pressure on app companies to keep their content fresh and offers attractive. It’s a huge effort and there’s still the danger that the app will lose its entire user base within a few months. (During a recent webinar I hosted on the topic of app engagement, Brittany Fleit, Senior Manager, Content Marketing at mobile marketing platform Leanplum, shared internal data from this year showing a whopping 98% of users who install an app will stop using it altogether with 90 days.)

Rather than spend money trying to influence how (and how often) users interact with apps, some smart app companies are making money from the way consumers use their devices as part of the daily routine, such as taking or making a phone call. “The goal was to maximize my revenues by showing ads in a context that is a good fit with my app, and in a way that doesn’t interrupt the user experience,” explains Steven Kader, Founder and CEO at JaredCo, the company behind a string of popular Android utility apps.

He’s achieved both by integrating software from Calldorado. The Denmark-based company provides a caller ID feature, which presents users with instant access to helpful and contextual functionality within the app following every phone call. This can be anything from note taking, voice memos, call and contact management, to spam blocking. Users benefit from an enhanced experience, and developers have the ability to choose and customize the look-and-feel of the caller ID information screen to display the features users value most in a context they appreciate. It follows that increased exposure to the app, and an appreciation of the value it offers, leads to an increase in ad impressions and the money you can make with your app.

Just two months after integrating Calldorado in his Caller Name Announcer Pro app Kader tells me he saw a “significant uplift” in revenue data per country, showing up to a 4X increase in revenue. But the real selling point, he says, is the positive user response to targeted advertising that appears within the proper context–and with the permission of the user. “It’s important to me that the monetization of the app doesn’t upset my users,” Kader explains. Being able to make money with his apps while showing ads in a non-intrusive way has allowed Kader to acquire users and keep them coming back. Retention, he says, has remained “steady,” and the app continues to get high marks, maintaining a 4.6 rating in the Google Play app store.

People are doing more with their mobile apps than ever before, at the same time mobile advertising models are evolving and allowing app publishers to monetize their unique view of the consumer based on data such as location, purchases, and social interaction.

App companies that have the inside track on data around user activity in and with their apps are sitting on a goldmine. This is because they are the sole owners of valuable first-party data, data that is owned, unique, accurate and—above all—current. Easy to understand why first-party data that is becoming what Maribel Adams, Head of Digital at MediaMax, over in her blog at Street Fight calls “the core ingredient to driving customer acquisition and retention.”

But your goldmine of data can become a minefield if you fail to be upfront and transparent about the data you collect and your reasons for collecting it in the first place. Anything else is a no-go with users and governments (as the lawsuit filed by the city of Los Angeles against the Weather Channel app clearly shows).

Trust, quality data, and transparency are key concerns for all parties, which is why some companies that enable these marketplaces and help app owners onboard data derived from their app are seeing more traction than others. A prime example is Adsquare, which calls itself a  a neutral mobile data exchange. The company cut its teeth in its home market of Germany, a country known for stringent privacy laws, before going global—taking its resolve to “bring together advertisers and data providers in secure and privacy-friendly way” with it. One, Adsquare only works with an opt-in data pool. Two, the company has developed a proprietary integration method with partners that allows for direct data activation and deletion for its connected marketing platforms. Both are a real plus now that non-compliance with GDPR privacy regulations can cost a company up to 4% of annual global turnover.

Riga-based Ask.fm, billed as the biggest Q&A discussion platform in the world with more than 215 million registered members across 168 countries, knows the value of its app data and the importance of compliance. “Data is an industry trend and if you don’t monetize your data in a responsible way for relevant advertising then you are out of step with the market,” Artem Pavlov, Product Manager at AskFM, tells me. But it’s not just about the cash. It’s about the boost when quality data comes together to add value and ensure advertising is aligned with audiences. “Showing an 18-year old an ad for Marshall headphones is a much better experience than serving him ads for real estate, for example,” Pavlov explains. “Here is where we get additional revenue from advertisers because our ads get higher CPMs.”

In recent months Adsquare has sharpened its focus on app publishers, building on offers to take the hassle out of bundling their data with data from other sources and offering free consulting to help app owners understand the market value of their data and formulate a distribution strategy to get the most mileage from it. “App publishers can tap new revenue streams by monetizing their data to help brands reach their specific target group with relevant messaging, but they need to know how to do this,” Tom Laband, Adsquare CEO & Co-Founder, told me in an interview. The opportunities are bound to grow as more smart devices, and the apps that power them, create more touch points and expectations that all brand interactions everywhere are relevant, helpful, and privacy-friendly.

From access to information to booking trips to finding the perfect partner, apps are our collective “go-to” for everything we need to organize and optimize our daily existence. This explains why research firm eMarketer reports consumers in the U.S. spent a massive 2 hours and 41 minutes per day using apps in 2017, compared with just 34 minutes a day using mobile websites. It also underlines the business value of ensuring your app takes the friction out of “getting stuff done”—even if your app is just a starting point in the journey.

Imagine a scenario where you own a hotel booking app and your user is in the process of organizing a getaway weekend. It’s the perfect context to suggest complementary services she’ll appreciate—to book a restaurant, reserve a spot in a nearby spa or check out local points of interest. And it’s an ideal way to demonstrate the usefulness of your app that users will reward with increased loyalty to your app).

Offering your app as a platform for interaction and transactions positions you to take a cut of the action and the profits from the other services you enable. Granted, it’s not a new model (media companies have been enabling commerce through their content for decades). But it has new importance as app owners look beyond app installs and advertising to make serious money. The concept, first coined by Elad Natanson, CEO of mobile discovery platform Appnext, is called “service-based monetization.” Forge alliances with relevant apps to offer users the services they need and want, and you’re a giant step closer to becoming what Natanson calls a “Super App.” He doesn’t define it, so I will.

Super Apps are apps owned by companies that cultivate relationships for the benefit of their audience and the ecosystem they command. It’s a proven business model that borrows a page from Google, Facebook, Uber, WeChat and Co. – but it’s also hard work to seal the direct deals with complementary services to showcase in your app. There’s also the critical issue of data and having the assets, analytics, and intelligence to predict what users will need and show the right app (from within your ecosystem) at the right moment. It’s a critical issue Appnext addresses this as part of the company’s larger play to help handset makers, advertisers, and app publishers drive engagement by connecting users with services they appreciate when it matters most.

Advertising is a revenue stream for app owners that won’t dry up any time soon. But the massive effort required to acquire and convert audiences at scale can burn money faster than many app owners can make it. It’s the new revenue streams and opportunities enabled by models that monetize activity, not attention, that you want to watch in the year ahead.

This article first appeared on Forbes.