The Kindle Fire Comes To Europe; Are Developers Really Ready?

Amazon has been able to do what other Android tablets can only dream of – offer a highly compelling consumption device that not only undercuts the iPad on price (and admittedly features) but, in many cases, beats it on content availability.  Scott Bown reveals the company’s source of competitive advantage and what all this means for developers everywhere.

The Internet ushered in the age of free content, a shift in models that had a massive impact on the worlds of publishing, music, news and entertainment. We have seen large companies stumble (and fall) as they struggled to adapt their business models to the changing world.

Fast forward and Apple and Amazon have shown how companies can harness the Internet to generate income through the controlled downloads of books, movies, music and magazines. And it doesn’t stop there. These companies have also built tightly controlled ecosystems around their content, allowing them to control all aspects of their business right down to the distribution of connected devices (e-readers and tablets, for example) that allow consumers to access this content on the move. This end-to-end control of the content is the source of Amazon’s new power and the reason the content giant can price the Kindle Fire at just US$199, making a US$10 loss on every Fire sold.

Amazon is set to continue this aggressive pricing strategy for the Fire with a rumored launch in the U.K. in January for a reported GBP125. Read between the lines, and Amazon has managed to pull off quite a trick. It prices a desirable device at an affordable price, and recoups the money it ‘loses’ on each Kindle through selling owners books, magazines, music, movies, games and apps.

The company is also bringing a new content paradigm —tried and tested in the North American market — to Europe. Unlike other tablet devices that have significant storage capacity, the Kindle Fire is a closed shop. The devices come with  just 8GB of built-in storage, enough for about four feature length films. Limiting the storage effectively forces owners to purchase their content through Amazon, which conveniently offers unlimited cloud storage. If you don’t buy content from Amazon, then you will run out of space very quickly.

And let’s not forget what a treasure trove of content Amazon has to offer. Betting that content would indeed be king Amazon has focused its attention on amassing an enviable collection of content and services. Ask yourself: Why would you buy your music and films from anywhere other than Amazon, especially when you can access it online through numerous other devices?

Amazon has also paid careful (and important) attention to solving the discovery dilemma that prevents most of us from finding what we want in the first place.  And it has gone one further than Google’s famous key word search to deliver users contextual results based on previous purchases, browsing patterns, recommendations and collaborative filtering (people like you liked X).

And it works wonders (!) Because people find what they want, or are intrigued by the recommended content Amazon displays, it follows that they spend more time on Amazon and more money using their Amazon accounts. We have all succumbed to it, I’m sure. By offering this capability on a tablet with Wi-Fi connectivity, Amazon will be to be our constant companion, a relationship that will no doubt allow the company to build an even better picture of its users, paving the way for improved segmentation based on deep customer insights.

The result: a sure-fire way to better understand (even predict) the types of content specific user segments want or would likely appreciate and the ecosystem control to deliver Amazon content to Amazon customers on Amazon devices.

What’s more, consumers and Amazon benefit. Consumers get a tablet device they can afford, and Amazon hooks us to bolster their market share and mindshare.

What does it mean for Android?

At first glance, it looks like Amazon is good news all around. But the picture is very different if we look at what lies ahead for developers and other Android tablet manufacturers. As Amazon gains steam it is imperative that developers consider how this company and its emerging ecosystem might impact their business.

It’s a hot topic — and one that Amazon recently addressed on the Amazon Appstore for Android developer portal. The Kindle Fire is running a highly modified version of the Android Gingerbread (API version 2.3.4 for those interested). As a result, the Kindle won’t support the Android Marketplace. In other words, for an app to work on the Kindle Fire it must be “optimized for non-Google Mobile Services (GMS) Android 2.3.4 (Gingerbread) and a 7-inch screen with a resolution of 1024 x 600.”  This is certainly a serious issue for developers, particularly those of us who assumed we could easily target both Fire and Android tablet owners with the same app.

No. It’s going to require more effort and resources. Let me explain. When developing apps for multiple devices, Android developers are going to have to take a slew of platforms and versions into consideration, including Honeycomb, Amazon and the long-awaited Ice Cream Sandwich. In practice this means developers must optimize their app across all the flavors of Android (and now Amazon!) to get the widest reach.

The alternative is to select the top devices and develop for them. This is often the choice developers have to make for graphical and processor intensive apps such as games and Augmented Reality tools. 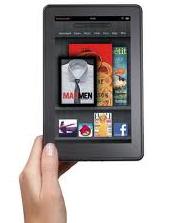 Developers will also have to think through the entire customer journey they enable, paying special attention to compatibility of experiences and the payment mechanisms they employ.

With the Kindle Fire, the end-to-end control of the ecosystem extends from content to commerce. The approach — which weaves together a modified version of Android, Amazon’s Appstore and ties it all together with Amazon account information — completely bypasses Google and any requirement for a Google account. Developers are well advised to take note of this. Currently, many developers are baking Google’s services into the development of Android apps, services which are null and void when they develop for the Fire.

Will developers need to re-invent the wheel? Let’s just say that replicating an app across the Android Marketplace and the Amazon app store will require developers to have two versions of an app to guarantee cross device compatibility.  For example, apps specifically for the Kindle Fire will not be visible if they require the use of hardware features and functionality such as a gyroscope, camera, WAN module, Bluetooth, microphone, GPS, or micro-SD slot.

The challenges are even greater when it comes to in-app payments. After all, with no Google Mobile Services (GMS) developers cannot monetize additional content. While Amazon is working on a Beta for its own in-app payments, it’s only going to enable in-app payments for the Kindle platform.

A totally different solution is needed that enables in-app payments for both Android and Fire —and there is none on the horizon just yet. Thus, the lack of a common in-app payment scheme adds to the fragmentation of development. It also means that developers will have to advise their clients early on in the app development process of the potential challenges and problems. If clients want their apps duplicated across various devices, it’s likely going to take more than a few easy tweaks.

To top it all off, these apps will have to go through Amazon’s submission process. While Amazon is relatively transparent about the approval process, it is still new to many Android developers who are used to the openness of the Android Marketplace, for example.

Unfortunately, confusing submission processes and procedures are not uncommon in app development. Just ask any iOS developer who has to deal with Apple’s App Store approval process on a daily basis. Amazon adds still more complexity to the equation and developers should be prepared. Meeting the requirements of Amazon’s submission process means more work. And it could also impact deadlines. So, if companies and developers choose to develop for the Fire, then they will need to build still more time into their projects and timescales.

Is it all worth it? It’s a tough one to call. One thing for sure: the Kindle Fire is already a sales scorcher and a device that developers can’t overlook.  Developers in the U.S.  have already reported spikes in app sales thanks to the success of the Kindle Fire. When it crosses over here to the U.K. and the rest of Europe, it will be hard to ignore!

The Kindle Fire has left an indelible mark on the North American market and developers here (and elsewhere) should brace themselves for impact. The overall economic model obviously benefits stakeholders across the Amazon business ecosystem with distribution, innovation and exceptional access to customers. Consumers also come away with an affordable device and an enjoyable experience. But it’s not all good news. Developers and businesses will have to grapple with more complexity and costs involved in developing apps for yet another platform. No doubt, the top ranking apps such as IMDB, Angry Birds and popular news services will see huge benefits. However, for the vast majority of companies and developers it will be a tough decision. They may just have to concede that Amazon has introduced a highly appealing device, but one that is clearly designed for Amazon and consumers. Are Amazon’s customers also your customers? If the answer is ‘yes’, then your year is off to a bang as you develop apps to take advantage of the opportunity. 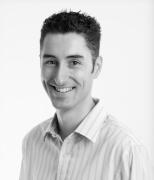 Scott has eight year’s software development experience based in financial services and software development houses. Scott lives and breathes mobile with specialty in the Android platform and is passionate about creating fun, social and useful apps. As Android Team Leader at Mubaloo, Scott oversees all Android resources and projects from inception to delivery, striving to build in quality, security and performance. You can follow Scott on Twitter (@scottyab).