The hard truth about ASO, app advertising and why you need to pay more attention to Alexa

Companies and developers serious about taking their apps to new heights (without increasing budget or headcount) have used ASO to move the needle on their app. Developers need to do more at all stages of the funnel, and smart developers are also taking advantage of the opportunity to publish their app in more app stores. Mobile Groove’s Peggy Anne Salz catches up with Steve P. Young, Founder of AppMasters, a mobile growth hacking agency. Steve discusses why developers should double-down on ASO, go deeper in the funnel and explore opportunities beyond the app store duopoly.

Steve, you help your clients get featured by Apple, increase downloads using App Store Optimisation and drive cost effective influencer marketing campaigns. Where do you see the opportunity?

Many of my clients are naturally focused on Apple and Google Play. But the other app stores are also getting their attention. Right now, I would say the Alexa App Store is by far the most interesting. On a more personal level, it’s also the most exciting as it’s very early right now and perfect for companies that want to have a kind of first-mover advantage. Think back to the early days of the App Store and Google Play, and it was also fragmented — and look at it now. It feels that same way with Alexa and even Google Home. We see device penetration rising, and it feels like everyone we know has one in their home. It’s the early days of that App Store, and the focus will be on ASO all over again as companies start vying for open keywords and ways to optimise their app store landing page and assets.   It’s a great opportunity to publish to the other app stores out there — and I’m hearing about clients and companies doing well on Nook and Amazon, for example.   There are so many app stores — but it can also be a lot of work, which is why it would be good to find an engine that allows you to publish to the ones you want to target.

“Yes, you’re targeting a smaller pool of users — but it’s also a less crowded app store, so your chances of standing out and succeeding are greater.”

Simply put, if you have a popular game on Google Play, then you can get more mileage by publishing to other stores. In some cases, you even have audiences who are more willing to engage or pay for apps on stores and devices like Amazon Fire, than you have, potentially, when you target iPhone users. That market is crowded and competitive — and there are no guarantees.

You talk about mileage and growth – what about money? What, in your view, are the monetisation models that might work best on alternative app stores?

Advertising has proven to be the most effective on mobile. We also know from watching user behavior on iOS and Android that people are willing to pay for apps and are increasingly signing up for subscription apps. Now when I say ads, I mainly mean banner ads. But there are some decisions you have to make from the perspective of providing a good user experience. Ask yourself how often users are going to use the app. If they are going to use it frequently — say, daily at the start – then ads are potentially a great revenue source. The guys over at Ketchapp are a great example. They tell me that banner ads are their number two revenue source.   So, if you have an app that people use frequently, monetisation through advertising makes good business sense. If it’s not, then think about charging for your app. If you have an app that people love and will commit to using frequently, then you can also charge a subscription. Research shows this is a model with a positive future. And there’s a lot of business benefit in a model that gives you some cash flow certainty and allows you to calculate user lifetime value more accurately.

You bring up LTV and that’s a big focus, along with finding ways to move the needle on retention. You are a growth wizard when it comes to acquiring users — but what is your advice when it comes to retaining them?

I’ve been talking a lot about growth but now the time is right for app marketers to focus on retention and monetisation. It’s simple things like a push notifications, which sounds easy but is hard to get right. A lot of app companies get it wrong, which is why I did a video recently to educate and walk developers through the entire process. In the video, I show one app that did the homework to match the notifications to the times users would genuinely appreciate getting them. It was a fitness app that asked what time users wake up and want to start their fitness routine and then follows up by asking users if they would like a push notification to wake up and get ready for their workout. Users appreciate that. That makes sense for them, and they’re more likely to buy into that than a pop-up out of context that just says, “Hey, can we send you push notifications?” If you see that, that’s just annoying. Effective push notifications also provide a good reason why users should accept them and want them in the first place.   Another great way to engage and retain users is to use email. You get them to sign up and then you send emails to support personal and relevant campaigns. Take the example of Hotel Tonight. I favourited a hotel and almost immediately I got an email from them that says, “Hey, are you still considering staying at that Hilton? Here it is — and here’s a great deal on it.” The email came at the right time with the right approach. The company is smart because it’s not just relying on me coming back into the app. It uses email and other forms of communication to bring me back into the app, and this is what all apps have to do.

In your view, all apps to have engage and all app developers are well advised to explore opportunities for their app across other stores. What else should they have on the agenda?

It’s important to think about how to take your app to new countries and markets. A great example is Yana, where creators are really going after the developing markets and driving low-cost installs as well. These examples show that there is huge opportunity out there and why it’s important to get in now, not later. And, no matter the stores you target, the same ASO principles still apply to drive interest and downloads of your app. You want to apply the same principles: repeat the keywords in the description, and have a really appealing app name that has the keywords that you want to target. The title is going to be important. I don’t mean your actual app name; I mean the title that you’re going to use in your app name. In other words, think of the title as the title tag on your app landing page. Different app stores will have different requirements, but keywords are always going to be important. Overall, ASO is going to be potentially more work, but the cost of entry is minimal. Also, you’re not up against the big giants all the time, so you can focus energy on finding the niches and markets where your app can have the edge over rivals   I’m always looking at what’s next. We have the two major app stores, but, from a growth and ASO perspective, it’s getting too crowded on Apple and Google Play.

“I’m watching opportunities across the alternative app stores. If the strategy makes sense, and the demographics make sense, then my advice is: just do it!”

It’s always better to be too soon than too late. Some are concerned about app privacy across the Android stores and have second thoughts. My feeling is you have to be out there and you have to deal with it and make it work. It’s just part of the game. Sure, there are clone apps and copycat apps out there as well, and that’s the way of the business. That’s why focusing on retention and monetisation is so important. It’s what will allow you to build a real business supported by highly engaged users that stands up to the competition — and wins.

This articles first appeared on the appScatter blog. 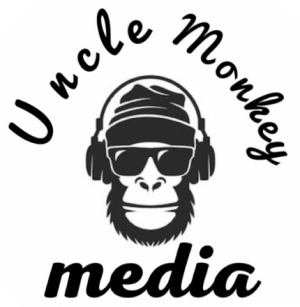